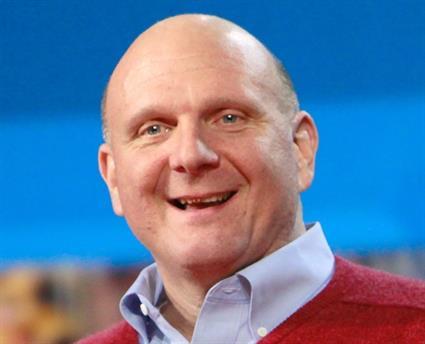 Microsoft's $8.5bn acquisition of a company that last year made heavy losses epitomizes the upside-down world of dotcom economics.

Long valued at about a quarter of that price, Skype's sale met with a distinctly lukewarm stock-market reaction, with Microsoft's shares falling 0.5% and eBay's rising 2.5%.

The software giant's largest-ever acquisition lost $8m on $860 million revenue in 2010. In no sphere other than the World Wide Web, arguably, could a company boast 663 million customers without ever having made a profit.

The sale price, of which $686 million (8% of the price) is debt, will earn a company that bought a 70% stake in the VoIP (Voice over Internet Phone) service in 2009 a staggering 300% return on its investment. Silver Lake, which as a private equity investor would ordinarily expect to be ready for divestment after three to five years, will reap a total capital gain of more than $5bn after just 18 months of ownership.

Launched in 2003, Skype has now changed hands three times. The founders, Niklas Zennstrom and Janus Friis, first sold the company in 2005 for $3.1bn, to eBay, which hoped, in vain it transpired, that Skype would become an indispensable communication tool for buyers and sellers.

Rumours circulated recently that Google and Facebook were in talks with Skype before Microsoft suddenly emerged as serious buyers. In August last year Skype announced a share flotation but this was later put on hold.

The big unanswered question is how do Skype assets work for Microsoft... how do you justify the price?

Skype is struggling to resolve the same conundrum as Spotify, Twitter and the entire print media: how to make money in a medium where the customer has become accustomed to getting a 'free lunch'. As food and energy costs continue to soar the internet continues to offer all manner of wonderful services and products, from email to social media and music to film, for absolutely nothing.

An axiom has taken root that normal economics don't apply on the web - specifically that services should be free. Although Skype users do pay to call landlines or cellphones, Skype-to-Skype calls don't cost a dime.

Similarly, Spotify, the Swedish music-streaming service, has managed to persuade one million of its 10 million users to pay a subscription in order to avoid adverts and enjoy additional features, but subscription revenue is woefully insufficient given Spotify has to share revenues with the entire music industry. Even Twitter, which seem to permeate popular culture as well as inform and reflect world news, is struggling to monetize its service.

The expectation is that Microsoft will ramp up the volume and prominence of adverts on Skype, which is notable for the unobtrusiveness of its advertizing. However, advertising is unlikely to plug the revenue-cost gap. In a world where rational shoppers turn to price-comparison sites to get the best deal brands are increasingly unwilling to pour money into banner ads and pop-ups.

Microsoft, this week named the fourth most valuable brand in the world but only the third most valuable tech brand behind Apple and Google, hopes Skype can help it gain a foothold on the tablet and smart phone markets, which Windows has yet to monopolize as it did for PCs and laptops over the past three decades. Skype operates on several platforms, including Apple and Linux.

Microsoft CEO Steve Ballmer clearly sees Skype as crucial in helping Windows make inroads into hardware other than PCs and laptops: "At Microsoft, we see enormous opportunity that brings together what people want - data, voice, video, instant messaging, all on a single screen - whether it's a smartphone, a PC, a slate or the TV," he says. "Microsoft and Skype together will define this future and what it really, really looks like."

More than a decade since the first dotcom bubble burst the sale of Skype for more than three times its valuation just 18 months previously shows that faith in the internet to deliver long-term value remains steadfast.

Speaking to the BBC, Michael Clendenin, managing director of consulting firm RedTech Advisors, believes Microsoft are taking a massive gamble: "If you consider [Skype] was just valued at about $2.5bn 18 months ago when a chunk was sold off, then $8.5bn seems generous [...] Microsoft has a high wall to climb to prove to investors that Skype is a necessary linchpin for the company's online and mobile strategy."

Ben Woods, head of research group CCS Insight, was puzzled by the breathtaking size of the price paid. "The big unanswered question is how do Skype assets work for Microsoft... how do you justify the price?" he said.