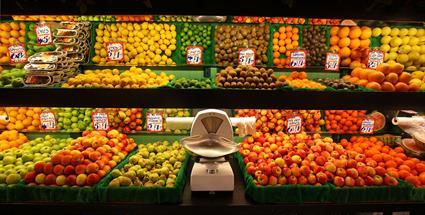 UK enters deflation as inflation falls by 0.1% and turns negative for the first time since 1960.

The ONS (Office for National Statistics) reported that while there was no change in CPI (Consumer Prices Index) at 0% in the year to March 2015, CPI fell by 0.1% in the year to April 2015.

Economists had last month considered it possible that the UK would fall into deflation over the next few months, though believed it highly unlikely to be a 'toxic form of deflation.'

Air and sea fares were two of the main contributors to negative inflation, which both rose but by much less than last year. However the timing of Easter was considered to have caused this – in 2014, Easter took place during the middle of April whereas this year it was earlier, meaning that the price hikes in air and sea fares that come about during this period weren’t captured in the inflation rate.

More broadly, the ONS acknowledges the main reason for the decreasing rate of inflation over recent months as being falling prices for food and motor fuels:

‘Historically, these prices have been responsible for a large proportion of the rate of inflation. Over the last year falling prices for these goods have changed this picture, with food and motor fuel prices reducing the rate. Decreases in the price of oil, lower commodity prices and increased competition among the supermarkets are all possible contributing factors.’

‘We should not mistake this for damaging deflation’

Chancellor of the Exchequer, George Osborne, said that the figures should be looked upon positively and mustn’t be mistaken for a detrimental form of deflation.

‘Today we see good news for family budgets with prices lower than they were a year ago. As the Governor of the Bank of England said only last week, we should not mistake this for damaging deflation,’ the Chancellor said.

‘Instead we should welcome the positive effects that lower food and energy prices bring for households at a time when wages are rising strongly, unemployment is falling and the economy is growing. Of course, we have to remain vigilant to deflationary risks and our system is well equipped to deal with them should they arise.’

Over the last year, the strength of the pound has led to cheaper imports.

‘Sterling is around 5.8% stronger than this time last year and the past 12 months have obviously been a significant decline in oil and food prices,’ Jeremy Cook, chief economist at the international payments company, World First, said. ‘The subsequent effect on imports into the UK means that disinflation is piggybacking on every product that we bring in from abroad.

‘As oil prices recover and last year’s declines fall out of the inflationary basket then this will become less of an issue.’

However, there has been very little sign of negative inflation within the UK housing market, which saw house prices rise by 9.6% in the year to March 2015. This is further reiterated by the Retail Prices Index, which includes housing costs and is a more extensive measure of inflation, which increased over the last year by 0.9%.

Upon hearing the news of the UK’s turn into negative inflation, many economists are reluctant to call it ‘deflation’ due to the link some may make between it and the ‘1930s-style’ deflation.

‘The slip into deflation should not worry us, as it is primarily caused by a drop in the cost of energy, which is good news for households and businesses,’ said James Sproule, chief economist at the Institute of Directors.

‘Falling prices in necessities, such as food and transport, along with a period of sustained job creation and wage growth mean demand and consumption will remain buoyant.’