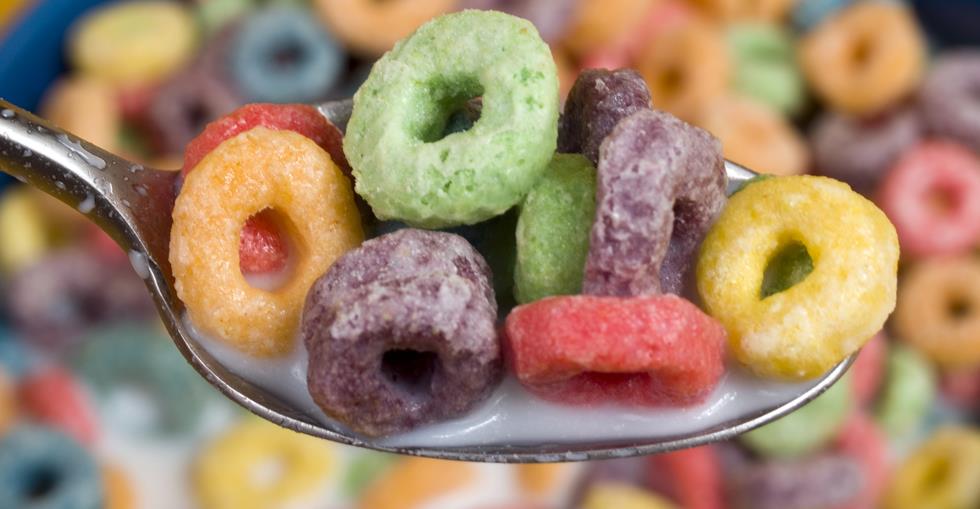 The eating-out market has burgeoned for three decades, growing even during the downturn.

Affordable and open to people without extensive culinary pedigree, the café sits among what are often referred to as lifestyle businesses.

The café sector is a more diverse market than decades ago. From the traditional greasy spoon serving English breakfasts to the continental-style café with outside seating and a focus on paninis and coffee, there are a number of subtypes to consider.

As the UK remains fired up by the coffee revolution and our constantly evolving culinary trends, the café industry is an exciting place to be.

There is an obvious distinction between cafes and coffee-shops. ‘Café culture’ has been around for a long time (think Paris, , un  de and a languorous afternoon) and you can expect a varied menu and often alcohol.

Coffee shops, however, offer limited food options but provide a of different coffee blends and styles. This is particularly true in places like Shoreditch, where coffee brewing has become an art form.

In fact, the surge in specialist coffee shops has led to an increase in the number of niche cafés. People are increasingly looking for something 'a bit different'. 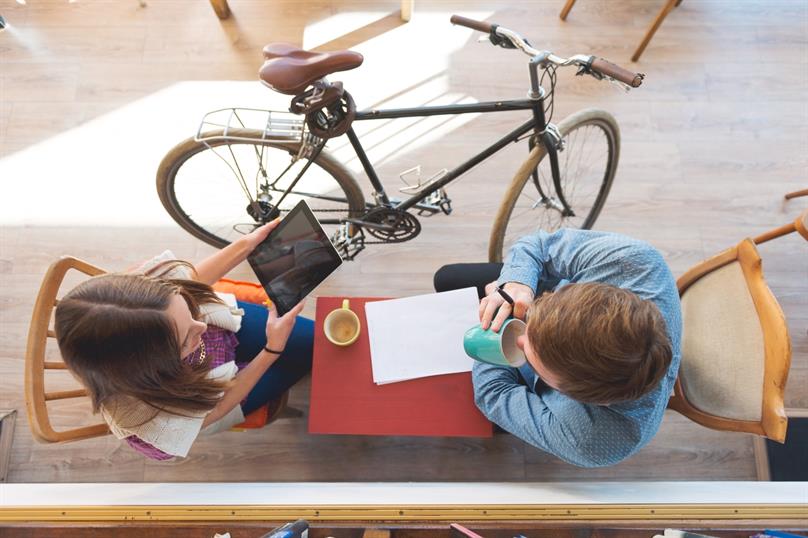 Cycling is big business in the UK; London's streets are streaming with packs of cyclists and, as a sport, it is becoming one of our favourite weekend pursuits.

With public transport fares on the increase and awareness of fitness, more and more folk are getting on their bikes.

As the number of weekend cyclists has increased, cafes have popped up along popular cycling routes, brewing up a unique café type: the cycle café.

Dipak Patel's cafe, Popup Bikes in Manchester doubles up as a bicycle repair shop, with space for people to park their bikes while they grab a quick coffee.

As many of us love to delve back into memories through food, ‘nostalgia cafés’ have popped up to make the most of that desire. Maybe it’s to do with a generation that’s had a financially miserable eight years, trying to remember the happier, easier times of childhood. Or maybe it’s simply a thirst for more originality and variety.

Either way, renaissance café has been born.

When the infamous ‘Cereal Killer Café’ first announced its presence, eyebrows were raised and the story of a ‘London’s first cereal café’ spread far and wide. While it may not have been all positive (think Channel 4 News and some awkward questions about pricing), it definitely instilled excitement and buzz over into the idea of nostalgia cafés.

But the Cereal Killer Café isn’t a one-off – in 2015, the ‘world’s first crisp sandwich café’ (in the owner’s words) opened in Belfast. Remember that delicious crunch when you bit into the school sandwich your parents packed for you after you’d added a handful of Walkers crisps in between the two slices of bread?

We are a nation of pet lovers – it’s something we can all agree on. But cats with your coffee?

In Japan over 150 cat cafés have opened in the last 10 years, and it’s more than just a fad. Limited space in the country means that many are unable to own pets – so feline lovers can now spend time 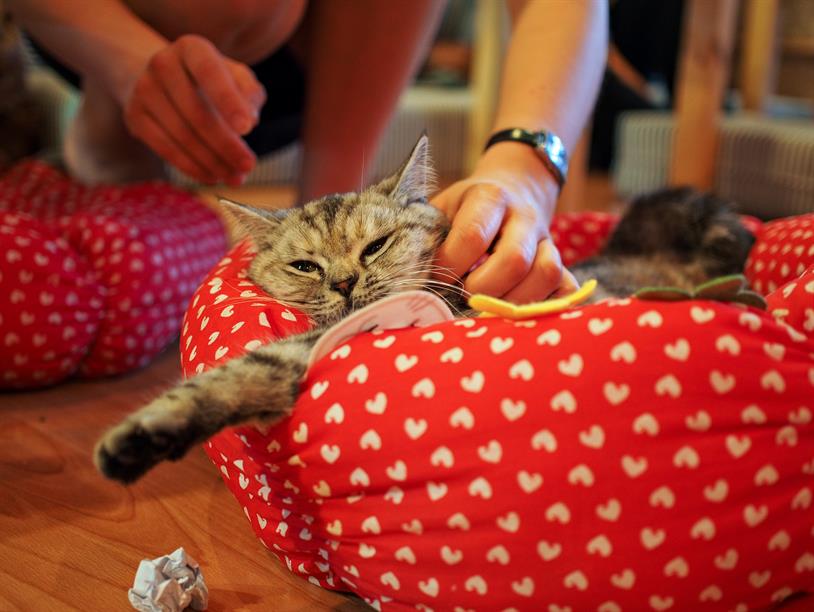 with them in cat cafés as an alternative.

And the UK is catching up; Lady Dinah’s Cat Emporium opened last year and is considered the first cat café in the country. Owner Lauren Pears managed to do so after raising £108,000 through crowdfunding. Alongside a standard booking, you can also have high tea with the cats or indulge in a bit of ‘cat yoga’.

But pet cafés don’t stop at cats. Brunel University has a ‘Rabbit Café’ open on a Friday to students, and a dog café is planned for London: The House of Hounds.

While the Food Standards Agency does permit animals in cafés, they also say that ‘reasonable precautions’ must be undertaken to ensure that domestic animals do not access food preparation areas.

Considering that tea is a stereotypically British drink, it’s lain a little dormant as a multitude of ‘flat white’, ‘ristretto’, ‘sugar-free caramel skinny latte’ coffees have dominated the hot beverage scene. Yet a tea revival has been in motion for a number of years now and it now firmly 'in'.

Mega coffee chains like Starbucks have noticed the increase in tea consumption and have swiftly added a variety of teas to their menus.

Though the rise in tea drinkers isn’t attributed to your standard brew of 'builders'. ‘Jasmine Orange’, ‘China Green Tips’, and ‘Hibiscus Blend’ are all tea types that Starbucks have added to their menu.

Furthermore ‘tea rooms’ have gained momentum in the UK, and are now successfully fending off competition from coffee shops on the high street.

If you’re buying and running your own café, think first about your target market. Is there a niche others have missed out on that you could profit from? Is your café in the right location? Is your markup viable?

Take note of trends – but make sure they can turn into a long-term profit.

The eating-out market's resilience amid the worst economic period for 80 years has surprised many industry experts.

Say you spot a struggling café for sale at a knockdown price in a prime-town location, or situated in an area with a preponderance of students or young professionals.

If the business closes late afternoon, then there's considerable scope for extending opening hours, serving food in the evenings and maybe obtaining an alcohol licence.

Competition in what is now a diverse eating-out market, which ranges from big-chain fast food brands through to high-end, independent eateries, is intense.

With so many UK high streets increasingly hollowed out, however, cafes and restaurants are one sector where people can't choose to buy online instead. The British high street is increasingly dominated by cafes, coffee shops and other eateries.

With such a high mark-up on food consumed in premises, it had been assumed that Britons would scale back their restaurant visits dramatically. But, it seems, they've grown accustomed to having the occasional meal out and they won't give it up easily.

Tending to - although not always - offer cheaper meals than restaurants, cafes are arguably well placed to thrive in the so-called age of austerity.

Rose Hill is an in-house journalist and writes for all titles in the Dynamis stable including BusinessesForSale.com, FranchiseSales.com and PropertySales.com as well as other industry publications.

The Village Butcher
Meet father and son butchers Terry Snr and Terry Jnr in this week's Be the Boss as we talk challenges, competing with supermarkets and keeping it in the family

The Authentic Pasta Restaurant
We stopped by our favourite lunchtime locals, L’Artigiano, on what happened to be their busiest afternoon since opening.

Brewing up a business: The Tweed Brewing Company
For Beer Week BusinessesForSale.com caught up with the Manchester micro brewers on a mission to reinvent the pint...