Travel agencies at a glance 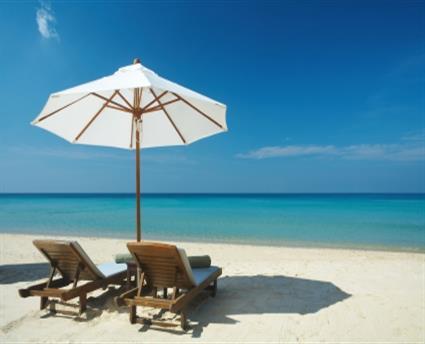 Hiring the Redknapps to endorse your travel agency is a promotional tool only mammoth companies such as Thomas Cook can deploy.

So how can independent agencies compete with Jamie and Louise, who, however irritating they are, have boosted Thomas Cook's revenues?

Gary Wardrope, owner and managing director of Get Cruising, believes you shouldn't even try: "Taking on Thomas Cook and Thompson wasn't an option, so I don't even bother with the Canaries, I don't bother with Spain," he says. By offering different travel experiences to these travel goliaths - Wardrope for example opted to specialise in cruises - you can still prosper.

Experience in your chosen niche helps enormously. Wardrope and his staff are particularly well placed to understand their customers' needs as they tend to be the same age as them. "I've got a team of four people and we're all aged 50 plus. We've been in the game 30 years and been around the world, so we can talk from our own knowledge."

Wardrope says he targeted the 50-plus market because "that's where the money is. Normally at this age people have paid off their mortgages and their children are grown up; they have a bit of extra money in the bank.

"Today's 50 is the new 30, someone who's in their 70s is 50 in terms of their attitude and the way they act. I recognised this change in society, and I don't think there's an agency out there focused on this market."

Christopher Hill is CEO of Hands Up Holidays, which targets young professionals aged between 27 and 38. He believes a strong online presence is vital to winning custom in this demographic segment.

"Because we were targeting young professionals, who tend to be rather web-savvy, we knew the internet was very important," he explains. "We focused and invested a lot into getting key words right for Google searches."

Setting up in a niche area does mean, of course, you're ignoring huge swathes of potential custom. Karen Cioma-Park, joint director of Chester Travel Connection, takes an entirely different tack to Wardrope. "Being a new business, we're not going to concentrate on any specific sector," she says. "We're happy to deal with anything from short city breaks right up to world cruises."

A 'jack of all trades', Chester Travel Connection isn't necessarily master of none. "We've been awarded the Ambassador Status of accredited cruise experts, and we're the only people in Chester West that have that. It puts us a bit above other agencies in the area."

Original Travel focuses on "the original big short break", explains founder Nick Newbury, and this includes city breaks and ski weekends. Since starting the business in 2003, the business has diversified according to its customers' needs. "People have come back to us for a lot more than just short breaks, but the real common theme of all the holidays we sell is the original angle."

Experience in the industry is useful but not essential, according to Christopher Hill, an ex-corporate financier. And Hill can help assuage any guilt you might feel about avoiding work for a year by travelling round the world, because doing so himself later served him well in his chosen field.

"My business puts together tours that combine sightseeing with volunteering," he says. "It really just burst out of my own experiences: I haven't come from a travel industry background, but I was fortunate enough to do quite a lot of travelling."

James Jayasundera, whose Ampersand Travel agency operates at the luxury end of the market, has travelled his whole life. "My father's Sri Lankan so we'd go there every summer," he explains.

"We'd stop in Karachi, Delhi, Bombay and Madras and return back via Bangkok. By the time I was 12 I would know every single hotel in each city, and which ones are good, which are unreliable, etc."

Working in the travel industry, he says, "is something I think I was born to do."

Jayasundera, who previously studied hotel and catering management and worked in the Savoy and Hilton, decided to change tack. After a brief stint in banking he joined a travel company, where he prospered - but his friends thought he could do even better.

"I just realised I was bringing a lot of my own business in through personal contacts and connections. My friends in the banking industry told me I should set up my own company, but I said I didn't want the responsibility.

"But one of my friends said he'd set me a company up as a Christmas present, so I agreed and we set one up. However, within a few months I handed in my resignation and started my own company - which in three months was bigger than the old company!"

It's tricky to know where to set up your agency - you want to attract customers but steer clear of high street rent prices. A good thing then that a huge proportion of holidays are sold online - 55%, according to Nielsen/Net Ratings, while only 7% of holiday purchases are made on the high street - because you can attract custom from a back-street location.

You could even sell exclusively online and operate your business from home, thus negating the costs of buying or renting premises.

If you want a traditional high street presence, then Karen Cioma-Park of Chester Travel Connection says there are ways for thrifty entrepreneurs to get reasonable rents. "We're in an enterprise centre with lots of little offices inside," she explains.

"My business partner Gaynor has used a space here previously. Because it's an enterprise centre it encourages new small businesses to set up."

Enterprise centres offer lower rents and rates, making them ideal for start-ups with small budgets.
Wardrope's meticulous approach to location is commendable. "I look at the footfall where I'm placed," he explains.

"On one side of me I've got a kitchen showroom with prices starting from £10,000, and on the other is a wedding-dress store starting at £1,000. I know there are affluent people coming down here and my thinking was to go up-market."

To that end Wardrope opted for a different decor and layout than that of the archetypal agent. "Instead of having rows of brochures sitting at the back, I've got a bar and lounge, so the very look of my shop is different," he says. "It's very chic, and in a lovely, historical part of Tunbridge Wells called Pantiles."

There are, unfortunately, a number of regulatory requirements you have to meet to run a travel agency or tour operator. You need an ATOL (Air Travel Organisers Licensing) licence and more than standard business insurance; you also need combined liability insurance and employee insurance.

Nick Newbury says you also need "a good understanding of the health and safety side of the holidays you're offering. You've got to do regular health and safety reviews of destinations, products, hotels, car companies, etc, and regularly update those reviews."

These legalities and procedures may be intimidating to many entrepreneurs. Getting support from trade associations, such as the IATA (International Air Transport Association), AITO (Association of Independent Tour Operators) and ABTA (Association of British Travel Agents), then, is particularly helpful in this industry.

Karen Cioma-Park's Chester Travel Connection is a member of the Freedom Travel Group, which offers travel agencies the opportunity to be part of a cooperative group, while still remaining independent companies. Membership offers them lower operating costs, improved commercial terms thanks to the group's bulk-buying power, membership of ABTA and access to its ATOL facility, among other things.

"They act as our agent and get us our deals with tour operators, in regards to commission deals and contracts. Then we can book with them," explains Cioma-Park. "It's very useful because we're then part of a large group, which gives us better buying power and we can get a better deal; although we still retain our independence."

​Wardrope isn't afraid to work together with competitors as well as trade organisations. "I do local promotions at the Rotary Club once a month," he explains. "I have a China night lined up.

"The managing director from Wendy Wu Tours is coming in and he'll talk and answer any questions. There's free drinks and food, and I know ultimately five or six people are going to buy."

James Jayasundera also emphasizes the importance of networking in the travel industry. "Develop relationships with suppliers and provide an outstanding service to clients," he advises. "Almost 80% of our business is through referrals and repeats.

"If someone recommends us to their friend I have a dual responsibility, not only to the client, but also the person who's recommended us, because I don't want them to lose face. We take our responsibility very seriously."

Christopher Hill of Hands Up holidays believes effective PR can get customers flocking to your travel agency. "Assuming you're doing the right publications, PR tends to be a lot more cost-effective than straight-out advertising."