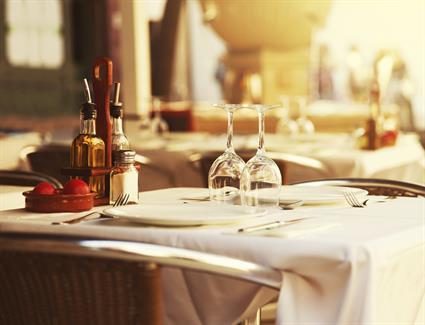 The PMI (Purchasing Managers’ Index) survey data, conducted by Markit and CIPS, showed that first quarter growth overall was stronger than 2014’s last three months. The Index rose from 56.7 in February (growth signalled by readings above 50.0) to 58.9 in March, which was the fastest pace of expansion since August 2014.

Service sector growth has been linked to the UK’s economic recovery in the past, and the latest data subsequently reveals likely economic growth in Britain

Largely, the report suggested that the rate of expansion was sped up by an increase in new business and employment in the sector, however there was also an attribution to ‘a wider economic recovery, improving confidence, winning new customers and new product development.’

A greater volume of new business was further shown in higher workloads, increasing for the twenty-seventh consecutive month.

However analysts have cautioned that the figures show a continued reliance on consumer spending to increase growth rather than worker productivity, investment and export growth.

Chris Williamson, Chief Economist at Markit, commented on the findings:

‘The UK economy moved up a gear in March, recording the strongest pace of growth since last August. The three PMI surveys collectively indicate that the economy grew by 0.7% in the first quarter, reviving from the slowdown seen late last year.

‘Faster growth of new business and improved expectations of prospects for the year ahead also bode well for the upturn to retain strong momentum as we move through the spring.

‘The survey data show employment growth remaining close to record highs and few signs of inflation picking up from its all-time low. The combination of fuller employment and falling prices should support economic growth by providing an important catalyst to higher consumer spending, on which the upturn appears to have become increasingly dependent in recent months.

‘While the data support the view that the next move interest rates will be upward, the lack of inflationary pressures suggests the first hike remains some way off, and probably not this year unless we see some significant upturn in wage growth.’


If you enjoyed this article, sign up for a *free* BusinessesForSale.com account to receive the latest business advice, features, videos and listings directly to your inbox!